Wonder Woman and other Thoughts by Red. 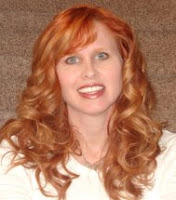 My friend, who I refer to as Red, has been kind enough to write a guest post for me. I love her sense of humor and her ability to enjoy the good with the bad.

How is it that some people seem to have 48 hour days while the rest of us get 24? I recently met a woman who is the author of five books, works as an attorney, is involved in her local city government, has four young adult sons, and if that isn't enough, she's undergoing radiation treatments for breast cancer. Adding to life's challenges is the recent job loss of her husband forcing the necessitation of selling their home. And to top it all off, she's chipper, thoughtful, and positive. If it was me, local donut shops would need to get busy making enough product to satisfy all my stress-diverting, fattening but comforting, circular sweet treat needs.
That sort of woman must have (and deserves) one of those magical Samantha-from-Bewitched noses to accomplish so much. I'm probably better off as a 24-hourer (I know that's not a word). My only potential superhero trait is Super Spelling and I've got a long way to go to get there. When "Lightning-fast Mood Swings" becomes an acceptable superhero power, I'm golden! I should be content as-is; it would be hard to deal with the intense chafing caused by those Wonder Woman gold bracelets-- especially with the price of Neosporin these days.
I'd like to have a mature, spiritual, and professional response to my new Wonder Woman friend having to go through radiation and other difficult challenges... but all I can think is THAT IS SO LAME. I'd say it "sucks" but using that word here in Utah could brand me as a heretic and we're already on thin ice since the overt display of black skeleton lawn flamingos last Halloween. In the past, when our attitudes or behavior were outside the Utah Acceptability Code, we'd just say, "We're Californians," and people would tilt their heads and nod with understanding, but we've lived here for six years now so that doesn't fly anymore.
Breast cancer is such a no-fair disease. No real rhyme or reason to its targets. I was going to say its "victims" but women are too strong for a word like that. I've had quite a bit of it in my family. I was even tested for the BRCA gene after I let my paranoia get the better of me (I don't have it but that isn't a guarantee). I was considering a preventative mastectomy at the time. My aunts, both breast cancer survivors first diagnosed before 50, strongly advised me against it. I thought it might be good to get rid of potentially hazardous tissue-- especially if I could use the empty space more efficiently by having a zipper implanted so I could use them as coin purses. My old stick-in-the-mud doctor said no... what a dream squasher.
As a mom in year five of chronic neck pain from something not my fault (a car accident caused by a guy looking down to roll up his window and smashing into the back of me), I can imagine a little of what it is to be sidelined by health issues. Like Wonder Woman, I was one who didn't like wasting time. In my past on-the-move life, I even taped Ensign articles to my shower door each day so I didn't waste time just standing there washing my hair (cuckoo! cuckoo!). Since the accident, I've adjusted my time/accomplishment ratio to suit my physical limitations.
When I was in pain, I'd say to my Heavenly Father, as nicely as possible, "Do you know how much good I could accomplish if I wasn't in agony every day?!" Alas, He had so much in store for me to learn. I still think I would've been just as good a student if He dropped a "What to Learn from Challenges" book at my feet, but whatever. He's in charge. The old "These experiences make you stronger" bit sounds hollow amidst suffering. I just thought, "Poop! I'm strong enough; any stronger and I'd have freakishly broad man shoulders or be a major no-necker like those weird body builder guys." (Oh, no offense if you know any of those men. I'm sure their personalities are A+.)
I don't at all mean to make light of what must be a head-popping, stressful time of life for WW. I assume from the sweet, hilarious, and great attitude of her messages that she's not usually in the mood for seriousness. I'm just getting into writing what I want again after not having more time or energy for anything other than my work as a correspondent and mother of six so meeting yet another person who gets so much done is a thrill.
WW's willingness to add to her list of responsibilities with community service work amazes me. I hope she's up and at 'em faster than a flash. I know she's added yet another person (me!) in the world who'll be praying for her to bounce back faster than... a speeding bullet? ...hair after a bad perm?... that springy thing at the bottom of a door? ... one of those boxing things on a pole that goes BOING when someone way stronger than me hits it? Well, you get the idea.
It's great to have all sorts of friends; overachievers, underachievers, donut eaters or marathon runners., I like them all. A wide variety of people in one's life keeps things interesting. For those of us stuck with only 24 hours in a day, I say "Hang in there. Just do your best, my healthy-wristed sisters." I try to be a friend to all types because even wonder women need a break sometimes. And when they do, I'll be there to help, Neosporin in hand.

Labels: Red Who Should Have Been a Model

Thanks for the guest post. Very fun and enlightening to read. Its okay, we forgive the Californians...even in Texas (lol). It is so much fun and educational to meet different people and see what shapes and molds each of us.

For crying out loud. That post was fabulous. If I were you I'd have completely forgotten to mention that it was written by friend "red" and is people accidentally assumed it was me . . . well then so be it.

She is so right and so funny. What great comments.
She should right a book herself!
p.s. She has great hair.