Happy Easter with some of my favorite's 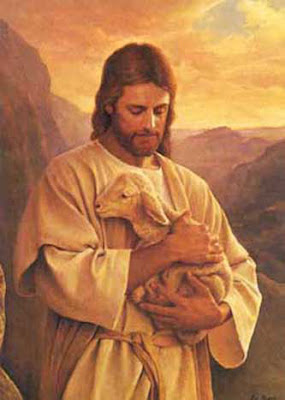 By Del Parson
Have you ever noticed that most children when shown a picture of Christ know who it is almost every time. Well unless your grandma dates a man with a beard and your great-grandma has a dog that looks like a lamb. When my nephew Michael was little, like four-ish, his mother showed him a picture, similar to the one above. Michael's grandma dates a man named Jim, who has a very neatly trimmed beard. Jim is a very nice and attractive man who is very much family. Michael's great-grandma had a little, fluffy, curly haired dog named Boodrow. When four year old Michael was shown said picture and asked who it was, he replied, "That's Jim and Boodrow."

I know that there are rules about using others work on your blog, so I hope I am following protocol. I have linked all the pictures back to where you can learn more about the artist and/or purchase their work if you feel so inclined. These are some of my favorites and Easter seemed like the appropriate day to share them. I am partial to those that depict Christ with children. They evoke feelings of reverence, love and peace for me. Feeling that are far to absent in the world. 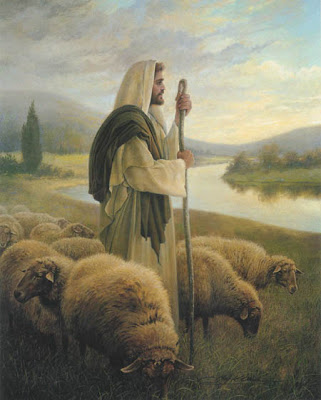 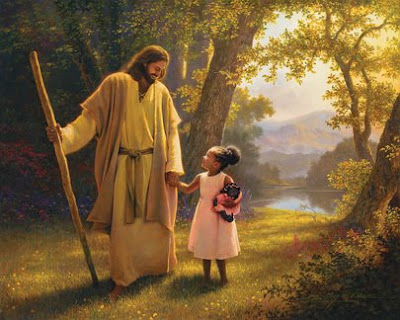 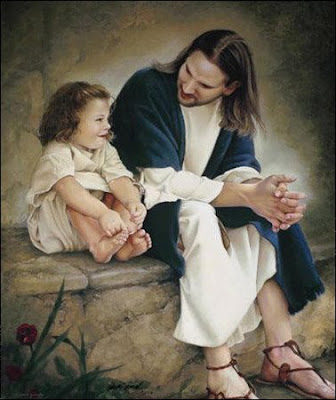 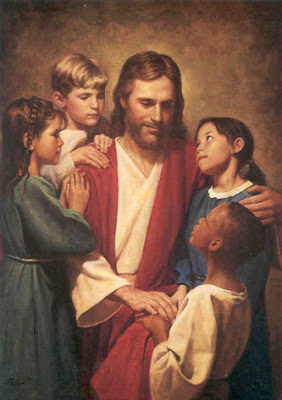 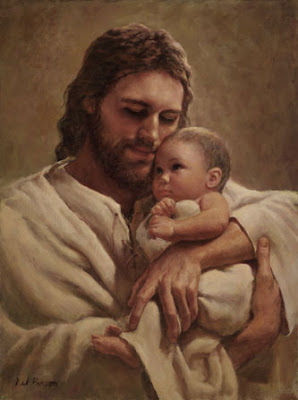 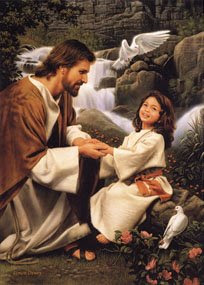 These are so beautiful! Thanks for sharing.

I love the Del Parson paintings the most. I hope you are having a fulfilling and Happy Easter.

I have to admit though (even if it is quite embarrassing) that my kids would probably recognize the Golden Arches (McDonalds) before they recognized Jesus. It is sad quite truthfully. We're working on it.

Have a blessed day!

After THREE insane and candy filled easter egg hunts, it is seriously refreshing to look at these pictures. I feel like letting out a deep breath and sighing, "aaaah, yah, THAT is what today is about!"

those are some great pictures. I just love the faith of a child, so pure. it is truly beautiful.

I love that one with the baby, I had never seen it.

Oh but these are so stunning. Love the light in the one where H walks hand in hand with the little girl.

Great post with beautiful pictures. LOVE Greg Olsen's work. My hubby bought me a tapestry of one of his paintings one Christmas and it hangs in my living room.

I love these pictures of Christ. They help show how much love he has for the little children and for each of us.
I am so grateful for all his love he has for us and that he will guide us as we put our faith in Him.

I love these pictures of Christ. They show how much love he has for the little children and for each of us.
I am grateful for all His love and that as we put our faith in Him he will guide us.